Greece under conservative prime minister Kyriakos Mitsotakis is descending into an undemocratic state.

The Greek government is about to murder the hunger striker prisoner Giannis Michailidis. Mihailidis is approximately two months into a hunger strike demanding his release from prison as he is legally entitled to. The state of his health is critical. Will Greece become the only country in Europe, 50 years after the death of Bobby Sands, with a dead prisoner hunger striker?

Giannis Michailidis, who self-identifies as an anarchist, was arrested in 2013 for attempting to rob a bank in Velvendo Kozanis in Northern Greece. Nobody was injured during the attempted robbery.  Michailidis and his collaborators, were heavily tortured, and the authorities had to use photoshop to cover their wounds when publiced their photos. Nobody in the police force was punished for these tortures. 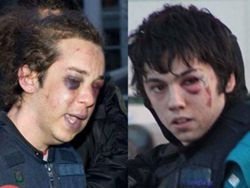 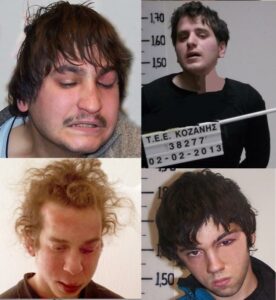 Since then, Michailidis has done 8 years and 10 months in prison for his crime, more than the usual imprisonment due to the political aspect of his action. He is now legally eligible to be released, however the prison does not let him go, again on political grounds, and claiming that his good behavior – studying and graduating successfully from the Agricultural University of Athens – during imprisonment is “pretentious” because he is an anarchist.

If Greece wants to call itself a democracy it cannot detain and imprison people based on their political beliefs. We understand that this opens the door for authoritarianism.

In the meantime, Dimitris Lignadis, the former director of the National Theater and a personal favourite of Prime Minister Kyriakos Mitsotakis, was immediately released from prison even though he has been convicted for rapping two minors and received a 12-year prison sentence.

Is this justice? A favourite of the government is released even though he was rapping children, while an attempted bank robber is kept in jail even after almost 9 years of prison because of his political views.

Against this evident injustice, thousands marched yesterday in Syntagma and the centre of Athens. The police, totally unprovoked, attacked us brutally with tear gas, battens and water cannons. Lawyers, local councillors, MPs and journalists were also attacked. Many ended up in the hospital while four people were arrested. The mass media have covered all this up. 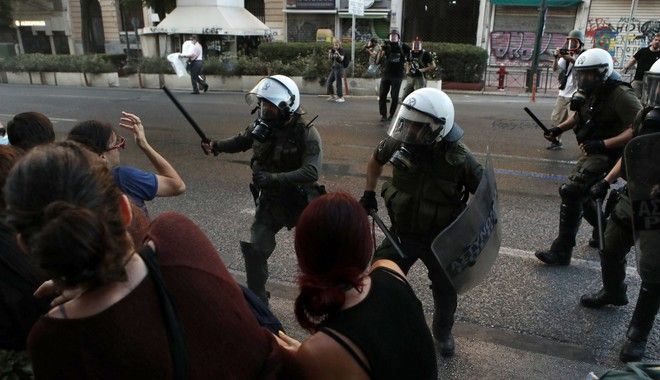 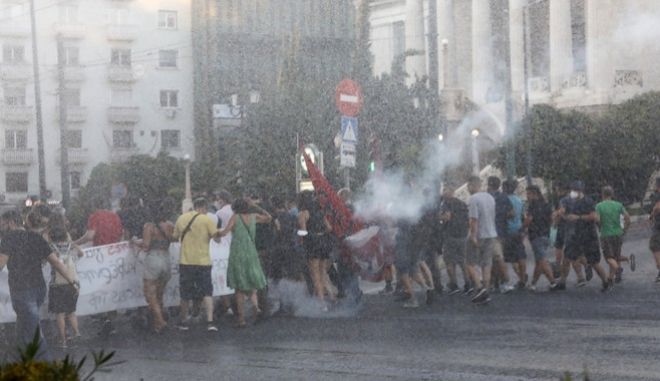 Greece, under conservative Prime Minister Mitsotakis is descending into an authoritarian  state.

After two large government paychecks, mass media are entirely controlled by the government. They hide any news that is not convenient for the government and create a parallel reality for their viewers. Journalists critical to the government end up losing their jobs or having their social media accounts suspended while  government secret services spy on others. All these have led Greece to descend by 38 places in press freedom in the last years to 108th place.

In the meantime, the secret services have been placed under the direct control of the prime minister and there is strong evidence that they use illegal software to spy not only on journalists but also the leader of the third largest party in the hellenic parliament.

The government has severely restricted the right to demonstrate and strike with new laws and repeatedly brutally beaten and arrested anybody that was to express their discontent: Unionised workers, university students, environmentalists, antifascists etc. All this in a state of extensive corruption and large income inequality and privatization of public services.

As we write this,  the Greek police are kidnapping and drawing refugees and immigrants in the Aegean Sea and the Evros river with hundreds of cases being reported involving torture, denial of asylum and other illegal practices. That’s the official government policy, led by the Prime Minister himself. Nobody has yet been prosecuted for these crimes.

We choose to resist now!

We will not sit down and see our country descend into authoritarian rule. We reside now on all fronts and places.

We demand the immediate release of Hunger Striker Giannis Michailidis.

There is no peace without justice.

There is no peace with the Michailidis in his cell.